April 5 (UPI) — Oath will be the name of the company when Verizon acquires Yahoo and merges it with AOL.

On Tuesday, he said on CNBC’s Squawk Box: “We wanted something that would be a name that would connect all the brands — Yahoo, AOL, Huffington Post, TechCrunch, Gadget.”

Armstrong said the Yahoo and AOL brand names will remain.

“The world is going digital,” he said. “Brands are going to win the Internet.”

A spokeswoman for AOL said to CNN: “In the summer of 2017, you can bet we will be launching one of the most disruptive brand companies in digital.”

But after it was revealed Yahoo had two massive security breaches affecting more than one billion users Verizon and Yahoo agreed in February to cut the acquisition price by $350 million and to split the cost of any legal liabilities resulting from the breaches.

The remaining Yahoo assets — mostly investment holdings in Alibaba — will be renamed Altaba.

Marissa Mayer, Yahoo’s CEO, will step down from the board of that company once the sale is complete.

The Yahoo-Verizon deal is scheduled to close in the second quarter of this year. 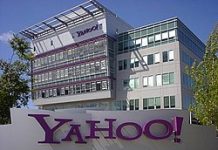 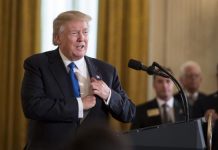 Trump ‘looking forward’ to speaking to Mueller under oath