May 22 (UPI) — Vermont and Indiana became the most recent states Tuesday to sue the Sackler family, owners of the company that manufactures OxyContin, for their alleged role in the ongoing opioid crisis.

The states sued eight members of the Sackler family, following a string of lawsuits against the owners of Purdue Pharma, that began in March when more than 600 cities, counties and Native American tribes sued the family for allegedly manufacturing the opioid crisis for their personal benefit.

The Vermont suit, filed by Attorney General T.J. Donovan, alleges the family members for decades directed the company’s strategy to downplay health risks associated with opioids by claiming the prescription drug was rarely the cause of abuse, addiction or death.

“The Sackler defendants directed and condoned deceptive acts that led to the full-blown opioids crisis,” Donovan said. “Thousands of Vermonters’ lives have been impacted — and some ruined or lost — as a result of this crisis.”

The suit also alleges that the Sacklers directed the company to promote higher-dose products as they were more lucrative, but also were more dangerous and addictive.

The suit also alleges that the Sacklers “devised unconscionable schemes” to strengthen Purdue’s opioids market, such as directing sales representatives to target new and vulnerable populations, such as the elderly, and to promote the taking of higher doses without providing an adequate explanation of the increased risks of addiction.

Vermont is suing the Sackler family for deceptive acts, unfair acts, public nuisance and unjust enrichment from Purdue’s sale of Oxytocin for their roles as directors between 1996 and 2018.

“The Sacklers directed and approved the marketing strategy that created the opioids crisis,” Donovan said on Twitter. “That crisis has been devastating in Vermont. Vermonters have lost their lives. Other are fighting every day to overcome their addiction. The Sackler family must be held accountable.”

The lawsuit alleges the family violated the Deceptive Consumer Sales Act, the Prescription Drug Discount and Benefit Card statute, the False Claims Act and the Medicaid False Claims Act, among others.

“We believe the Sackler’s wrongful acts have left a wake of addiction, death and devastation in Indiana and across the country,” Hill said. “I hope this lawsuit serves notice to all that this office will continue to hold accountable companies and individuals who are engaging in abusive and deceptive, illegal and or unfair conduct that causes harm to Indiana consumers.”

Both suits seek civil penalties, disgorgement of all payments received as a result of unlawful conduct and restitution while demanding a trial by jury.

The Sackler family denied the allegations, calling them “baseless” in a statement, CNN reported.

“We strongly deny these allegations, which are inconsistent with the factual record, and will vigorously defend against them,” the statement said. 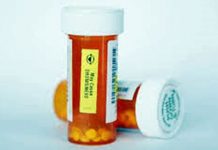