March 17 (UPI) — A Vermont state trooper was revived with Narcan after exposure to suspected heroin during a traffic stop late Friday, the agency said.

Acting Sgt. Brett Flansburg received three doses of Narcan, which is the brand name of naloxone normally used to reverse an opioid overdose.

“Being a state trooper is a dangerous and demanding job for all the reasons you’d expect: apprehending criminals, encountering volatile individuals, rushing toward emergencies rather than away,” Vermont State Police Director Colonel Matthew Birmingham said in a statement. “And now there is a new threat that we’re seeing up close: the risk of exposure to powerful drugs that can kill in even tiny amounts. This is so troubling and disconcerting, and it places members of law enforcement at unnecessary risk of possibly losing their lives.”

Around 11:25 p.m. Friday, Flansburg stopped a vehicle for a traffic violation in the town of Leicester, state police said Saturday.

The trooper observed a passenger swallow an item. Subsequently the man, identified as Taylor C. Woodward, 25, of Brandon, said the item was a baggie containing cocaine.

Flansburg also located a small amount of heroin in a baggie as well as a syringe.

The suspect was booked on suspicion of possession of heroin.

The sergeant became ill while transporting the evidence to the New Haven Barracksand collapsed in the parking lot.

And while being transported to the University of Vermont Medical Center, he received a third dose of the drug.

Flansburg was treated at the hospital and released.

Testing is underway to determine the substance in which the trooper was exposed.

“We are incredibly lucky and extremely thankful that Sgt. Flansburg is alive and recovering today,” Birmingham said. “Were it not for the immediate availability of Narcan and the quick actions of his fellow troopers and medical personnel, we might be speaking today about the death of a trooper in the line of duty. I’m angry at how close we came, and relieved that the situation was no worse than it was.”

The drug, which costs around $100, is available in nasal mist or injection,

During 2017, more than 15,000 people died from drug overdoses involving heroin in the United States, according to the Centers for Disease Control and Prevention. The number of deaths increased five-fold from 2010 to 2017. 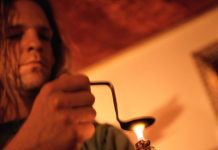 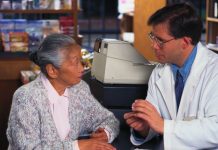 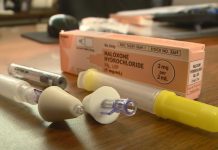 Utah pharmacists can now dispense naloxone without a prescription