SALT LAKE CITY, UTAH, March 10, 2017 (Gephardt Daily) — Fear and anxiety gripped Salt Lake City’s Muslim community Friday after it was revealed a Kenyan couple living in Utah for more than a decade had been separated from their son and faces possible deportation as early as Monday.

Word of the detainment of Ahmed Bwika and his wife, Emma, came at a hastily convened news conference at the Madina Masjid Mosque on Salt Lake City’s near westside. There, dozens of concerned worshippers joined clergy members and other community leaders in decrying the reported immigration enforcement action, carried out by federal agents more than a week ago.

“We are scared now,” said Imam Yusuf Abdi. “We think that we are targeted as the Muslim community. We are very shocked and sad.”

“He was called to the immigration department of Salt Lake City and he was asked to bring in a letter along with a ticket to return to Kenya,” Anzures said. “They took Ahmed and his wife into another room, and that was the last we’ve seen or heard of him.”

“I have worked with Ahmed for like 7 years. We have a great, close relationship, as he does with a lot of coworkers over at the reservation center. The important thing is to find how this is happening and why this is happening.”

On Friday night, the Immigration and Customs Enforcement Agency released a statement shedding light on the Bwikas’ immigration status:

“Ahmed Khamis Bwika and Emma Ondeko Bwika, both entered the United States in February 2006 on temporary visitor visas,” the statement read. “A federal judge denied their request for immigration benefits and granted them voluntary departure. They have over stayed their original visas by more than 10 years and have exhausted all their legal appeals. As a result, they were taken into custody when they reported to ICE March 1.”

The couple is currently being held in the Cache County jail. It remains unclear if or when they might be deported. If they are returned to Kenya, they’ve reportedly been told they will be “escorted” by ICE agents until they reach their destination.

Utah immigration attorney Jim McConkie, founder of the Refugee Justice League, said while he wasn’t familiar with the specifics of the Bwikas’ background or immigration status, their plight was an increasingly familiar story.

“I think what’s probably happened, this family came in, didn’t have people to advise them. They haven’t filled out the paperwork. They’ve lived here peacefully. The government finds out their paperwork isn’t in order and they use it as an excuse to detain them.

The Rev. Cindy Solomon, of the Wasatch Metropolitan Church, tried to assure those gathered at the mosque that despite the uncertainty generated by the Trump travel ban and aggressive new U.S. immigration policies, Utah’s religious community would stand up for its Muslim counterparts.

“We stand by our Muslim brothers and sisters,” Rev. Solomon said. “We love you and we don’t want you to be afraid. And when you are, we will be there to hold you and stand before you and protect you with everything we have.” 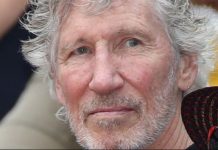 Roger Waters to launch ‘This is Not a Drill’ tour in July, make Utah stop in September 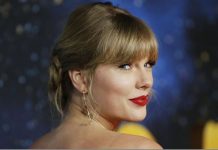 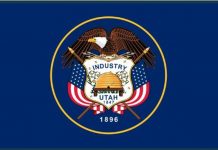