Aug. 15 (UPI) — The Austrian capital of Vienna was named the world’s most livable city, according to the Economist Intelligence Unit’s 2018 global livability index.

The city topped the EIU’s list of the 140 most livable cities in the world for the first time with a rating of 99.1 out of 100, unseating the Australian city of Melbourne, which held the title for seven consecutive years.

Both Melbourne and Vienna improved their ratings from 2017, but Vienna’s improvements in the stability category helped push it ahead of Melbourne’s rating of 98.4.

Australia was tied with Canada for the country with the most cities in the Top 10, with fifth-ranked Sydney and 10th-ranked Adelaide joining Melbourne, while Canada saw Calgary place fourth, and Vancouver and Toronto rank sixth and seventh respectively.

Japan had two cities — Osaka in third place and Tokyo tied for seventh with Toronto — and Denmark came in at ninth to round out the Top 10.

“Osaka stands out especially, having climbed six positions, to third place, over the past six months, closing the gap with Melbourne,” the EIU said. “Osaka’s improvements in scores for quality and availability of public transportation, as well as a consistent decline in crime rates, have contributed to higher ratings in the infrastructure and stability categories respectively.”

No cities in the United States were ranked within the Top 20, with Honlulu ranking highest at 23, according to Bloomberg.

The EIU also noted changes in rankings don’t reflect the overall livability of a city, but rather its ranking in comparison to other cities. Four cities, including Auckland, New Zealand; Perth, Australia; Helsinki, Finland; and Hamburg, Germany, fell in ranking without any decline in their rating.

“New Zealand’s Auckland has in fact registered a minor improvement. Changes in liveability elsewhere can therefore have a significant impact on the rankings of individual cities,” the EIU said.

Overall livability across all cities surveyed increased by 0.9 percent in the past year, although 49 percent of the 140 cities saw their livability decline, 34 percent saw it increase and the rest had no change.

Improvements were recorded in all five categories — infrastructure, stability, education, healthcare, and culture and environment — with stability showing the highest improvement at 2.5 percent.

“This trend reflects positive developments in this category, despite threats of terrorism and unrest that cities around the world continue to grapple with,” the report stated. “Only ten cities have registered a decline in their livability ratings over the past six months, largely reflecting an impact on cultural and environmental indicators.” 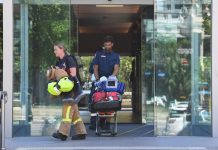 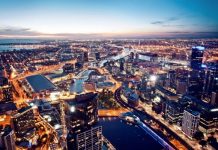