July 5 (UPI) — Vietnam’s police have arrested eight people for the bombing of a police station in June.

Ho Chi Minh City police told reporters at a press conference Thursday the suspects were members of an anti-Hanoi group based in the United States.

Of the eight, four are charged with terrorism, and among the suspects, one is a father-son pair directly responsible for throwing the explosive at the police station while riding on a motorcycle.

The other four suspects not charged with terrorist acts are accused of selling bombs or manufacturing explosives.

Vietnamese police also said Thursday they have seized 38 detonators, eight bombs and a total of 10 kilograms of explosives.

A terrorism conviction in Vietnam could mean the death penalty for those found guilty.

The police station bombing took place on June 20 at 2 p.m.

There were no casualties but one woman was injured, and more than 10 motorcycles and building windows were damaged, according to reports.

Local news service VN Express reported the police said the group was arrested when they were hiding in a nearby city, and that they are still searching for three additional suspects.

Vietnam was the site of unrest in June, when protests erupted over a controversial 99-year land lease law that would favor Chinese investors. 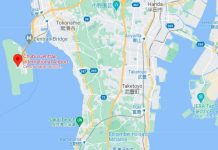