April 28 (UPI) — A Michigan village clerk has apologized to a couple after she sent them a water bill addressed to the woman “and the [expletive] who lives here too.”

Julie Glenn, who serves as clerk for the village of Augusta, sent a letter of apology to Annette Tolis and Kevin Barthel after they noticed the profane insult in the water bill they received earlier this month.

The couple said Glenn was was apparently angry because they had left her a note about their frustration that she was never in the office to help them pay their water bill in person.

“I made an inappropriate comment on your bill that was highly unprofessional,” Glenn’s apology letter reads. “I am truly sorry and embarrassed by my actions and I assure you that it will never happen again. I hope you find it in your heart to forgive me.”

Glenn has been suspended without pay for at least two weeks, but the couple said they want to see harsher consequences, especially since the clerk initially denied sending the letter.

“One, she lied about it,” Barthel told WWMT-TV, “for two, she covered it up and now she has admitted to it and OK, it is just going to go away as though business is usual. I’m not buying that.” 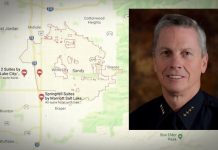 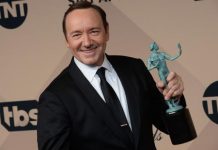 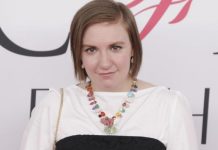