Feb. 2 (UPI) — Virginia Gov. Ralph Northam apologized Friday for a 1984 yearbook photo of him that he described as “clearly racist and offensive,” but declined to address calls for his resignation.

Northam admitted he was in the offensive photo.

“I am deeply sorry for the decision I made to appear as I did in this photo and for the hurt that decision caused then and now,” he said.

“This behavior is not in keeping with who I am today and the values I have fought for throughout my career in the military, in medicine, and in public service. But I want to be clear, I understand how this decision shakes Virginians’ faith in that commitment.

Northam’s statement did not include a response to calls from both Democrats and Republicans that he resign.

Virginia state Sen. Bryce Reeves, a Republican, was among the first politicians condemning the image.

“This has no place in Virginia,” he tweeted. “If this is true, he should resign immediately.”

Northam “can’t champion racial reconciliation, during the 400-year anniversary of enslaved Americans being brought to Virginia, while being comfortable under the hood and/or blackface,” he said. 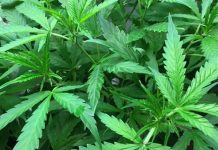 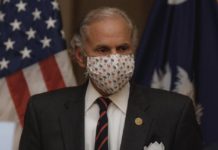 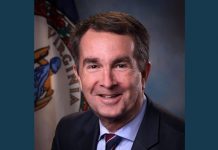