WOODBRIDGE, Va., Feb. 28 (UPI) — A Virginia police officer working her first shift was killed and two other officers were wounded in a shooting Saturday night.

The shooting occurred during a domestic disturbance in Lake Ridge, a community about 20 miles south of Washington, D.C., where Ronald Hamilton allegedly killed a woman inside a home.

Fox 5 DC said the two wounded officers were flown to Fairfax Hospital and more than 100 patrol cars lined the roads early Sunday as Guindon’s body was escorted to the medical examiner.

On Friday, Prince William County Police tweeted that Guindon, who has several relatives in law enforcement, was about to start her first day on the job.

“Welcome Officers Steven Kendall & Ashley Guindon who were sworn in today and begin their shifts this weekend,” the agency tweeted with a photo of Guindon and Kendall. “Be safe!”

Hamilton is charged with capital murder, first degree murder and other gun charges.

Guidon, who graduated from a police academy in July 2015, had a degree in aeronautics from Embry-Riddle Aeronautical University in Daytona Beach, Fla. and also served in the U.S. Marine Corps Reserve. 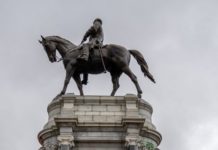 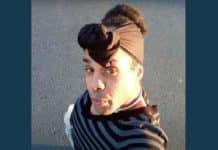