Volkswagen announced this year it’s prepared to commit to electric models of all 12 of its brands by 2030. Chief executive Herbert Diess said Monday the automaker will spend $56 billion on batteries for the vehicles, and the company plans to surpass electric car rivals, including Tesla, in sales and quality.

“We have bought batteries for 50 million vehicles,” he told Automobilewoche. “We will be cheaper than Tesla, and then we will have the big economies of scale. We will have a very strong electric car product portfolio.”

Volkswagen developed a versatile car platform, the MQB in 2012, which has been the underpinning of all its vehicles. The electric car version, the MEB, has similar feasibility but battery supply was a question.

Volkswagen’s goal is to make an electric vehicle to sell at about $22,600, a figure lower than Tesla offers.

Electric vehicles use two-thirds fewer parts than a gas- or diesel-powered vehicle, and are less complex to manufacture. Volkswagen has already said outside suppliers will make batteries for the vehicle.

A vote scheduled for Friday by Volkswagen’s board can speed up production of the electric vehicles.

A switch by Volkswagen to electric vehicle production could endanger thousands of factory jobs, some experts warn. 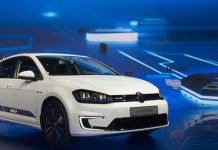