June 14 (UPI) — Walmart announced Thursday it is eliminating the president position at Jet.com and folding the e-commerce business’ divisions into its own.

The reorganization is part of an effort to merge the brands two years after Walmart bought the web retailer for $3 billion. Walmart said Jet President Simon Belsham will oversee the transition through August before his position is eliminated.

“His steadfast leadership, deep knowledge of the retail industry and passion for our associates and customers had a positive impact on our organization,” Walmart eCommerce CEO and President Marc Lore said. “I can’t thank him enough for all he has done and appreciate his leadership and contributions.”

Kiernan Shanahan, who oversees food, consumables, and health and wellness at Walmart eCommerce, will take over management of Jet.

After Walmart’s 2016 purchase, the big box store merged some Jet teams into Walmart’s to streamline certain divisions like the supply chain. Walmart said it led to growth in e-commerce and the introduction of free two-day and next-day delivery.

Walmart focused Jet on providing e-commerce for urban areas of the country where Walmart has limited presence.

“With the teams creating synergy and Jet becoming even more focused, we don’t have the same need for a dedicated leader,” Lore said.

“Jet continues to be a very valuable brand to us, and it is playing a specific role in helping Walmart reach urban customers. The focus has largely been on [New York] so far, and we’re looking at other cities where we might bring together Jet’s expertise and the scale and operating model of Walmart.”

A Walmart spokesman told CNBC the company is not planning layoffs as a result of the reorganization. 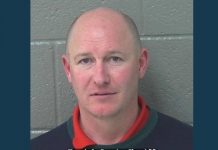 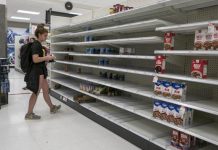