March 21 (UPI) — Walmart said Friday it plans to hire an additional 150,000 workers over the next two months to meet the demands placed on its retail stores by the coronavirus pandemic.

In addition to increasing its workforce, the company said it’s providing more than $365 million in cash bonuses to hourly employees.

Walmart said the new full-time and part-time workers will be hired for its stores, clubs, distribution centers and fulfillment centers. The positions initially will be temporary, but could convert to permanent over time.

The company said it’s reached out to groups representing restaurant and hospital workers, whose industries have been hit with job losses amid the pandemic.

Walmart said it’s working to expedite its hiring, cutting the process from two weeks to 24 hours.

“We know millions of Americans who are usually employed at this time are temporarily out of work, and at the same time we’re currently seeing strong demand in our stores,” CEO and President Doug McMillon said. “We’re looking for people who see Walmart as a chance to earn some extra money and perform a vital service to their community.”

All associates employed as of March will qualify for the payment, which will be made April 2.

Additionally, the company plans to accelerate its next scheduled quarterly bonus for store, club and supply chain workers a month early — late April.

“Walmart associates have gone above and beyond the call of duty in serving our customers during these unprecedented times,” McMillon said. “We want to reward our associates for their hard work and recognize them for the work that is in front of us.”

This week, Amazon also announced plans to hire 100,000 new full- and part-time workers at fulfillment centers to keep up with demand amid the outbreak.

The company said it decided to hire additional workers to help Americans who “rely on Amazon’s service in this stressful time.” Amazon also said it will increase pay for some workers in the United States and Britain through April. 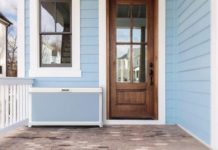 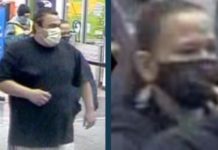