The new law, which goes into effect in June, prohibits Internet service providers from blocking legal content and slowing down a website’s speed unless the content provider pays a higher service price.

The law essentially reproduces the FCC’s net neutrality policy that went into effect in 2015. But FCC Chairman Ajit Pai, who was appointed to the head of the commission by President Donald Trump, succeeded in repealing the policy last year.

“At the core of our action today is consumer protection,” Inslee told The New York Times. “States need to act because under the Trump administration, we have seen citizens, including seven million in Washington, stripped of core protections like the open internet.”

Several governors have signed executive orders to restore net neutrality policies in their states. But Washington became the first to put the practice into law in what was a bipartisan decision in the state legislature.

“This is not a partisan issue,” Republican State Rep. Norma Smith said in a statement. “This is about preserving a fair and free internet so all Washingtonians can participate equally in the 21st century economy. Net neutrality is an issue of tremendous importance that will matter today, tomorrow and generations from now.”

However, Washintgon’s new law could prompt a legal fight with the FCC because the agency’s net neutrality repeal contains a provision that prohibits states from implementing their own laws on the matter.

Nonetheless, Inslee praised the state’s net neutrality law and “the power of an open Internet.”

“It allows a student in Washington to connect with researchers all around the world  — or a small business to compete in the global marketplace,” he said. “It’s allowed the free flow of information and ideas in one of the greatest demonstrations of free speech in our history.” 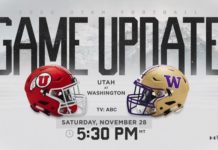 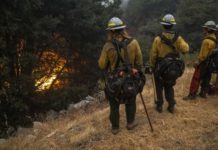