TEHRAN, Nov. 22 (UPI) — Washington Post journalist Jason Rezaian was sentenced to serve an unspecified amount of time in prison after he was found guilty in an internationally condemned espionage trial.

The U.S. Department of State said it could not confirm the details of Rezaian’s sentencing.

“If true, we call on the Iranian authorities to vacate this sentence and ‎immediately free Jason so that he can be returned to his family,” a State Department spokesperson told CNN.

Rezaian, 39, faces up to 20 years in prison. He was found guilty in Iran’s Tehran Revolutionary Court in October.

Charges against Rezaian included conducting propaganda against the establishment, collaborating with hostile governments, and collecting information about internal and foreign policy and providing them to individuals with malicious intent.

The Washington Post has consistently condemned Rezaian’s trial in Iran and continuously called for his release. 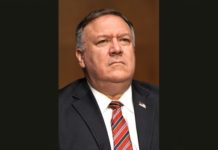