Sept. 27 (UPI) — Residents of a Houston suburb have been warned that city tap water could be tainted with a brain-eating microbe.

The initial advisory issued Friday by the Texas Commission on Environmental Quality warned residents of all communities in the Brazosport Water Authority — which includes several towns in the Houston metro area — against using tap water for anything but flushing the toilet.

On Saturday afternoon the BWA published an update saying the Do Not Use Water Advisory had been lifted for all of its communities except for Lake Jackson, a community that had 27,220 people in 2019, according to U.S. Census Bureau data.

Water in the area may have been contaminated with naegleria fowleri, a free-living microscopic amoeba, or single-celled living organism commonly found in warm freshwater and soil.

When water contaminated with the amoeba enters the body through the nose, it can travel to the brain and cause primary amebic meningoencephalitis, which is generally fatal.

The amoeba can be managed using standard treatment and disinfection processes, according to the BWA. 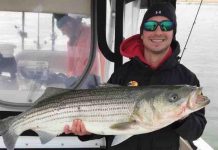