Feb. 25 (UPI) — Former Hollywood mogul Harvey Weinstein has been taken to New York City’s Bellevue Hospital with chest pains, hours after a jury convicted him of sex assault and rape.

Weinstein, 67, who faces a minimum of five years in prison, will be transferred to Rikers Island when he is released from the hospital. He will be sentenced on March 11.

Jurors convicted the Academy Award-winning producer of a criminal sex act in the first degree and third-degree rape for two assaults in 2013 and 2006. The jury acquitted him, however, on two more serious predatory counts.

Weinstein, who also faces sexual misconduct charges in Los Angeles, argued at trial his encounters with the women were consensual.

Rotunno said Weinstein should remain free on his $2 million bond until his sentencing, but he was taken into custody immediately after Monday’s verdicts. She said he’d recently had back surgery and needed ongoing treatment. Weinstein used a walker most days he appeared in court. 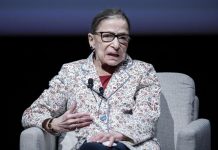