Dec. 29 (UPI) — The West African republic of The Gambia’s parliament unanimously voted on Friday to rejoin the British Commonwealth.

The Gambia pulled out of the 54-nation bloc, sometimes called the Commonwealth of Nations, in 2013, with then-President Yahya Jammah calling it a “neo-colonial institution.” Jammah also pulled his country from the International Criminal Court.

Jammah’s surprise defeat, after 22 years in power, by opposition leader Adama Barrow in a 2016 presidential election led the way for reforms in the country. Rejoining the United Kingdom-led bloc was among Barrow’s campaign priorities, and British Foreign Secretary Boris Johnson said in February that Britain would welcome The Gambia’s return.

Commonwealth member states are former U.K. colonies or dominions, and include Canada, Australia and India. Countries lesser in power, like Fiji, Gibraltar and Namibia, are also members. While the bloc has less prestige than when it was known as the British Empire, membership still conveys prestige, and has economic and trade benefits with Britain. 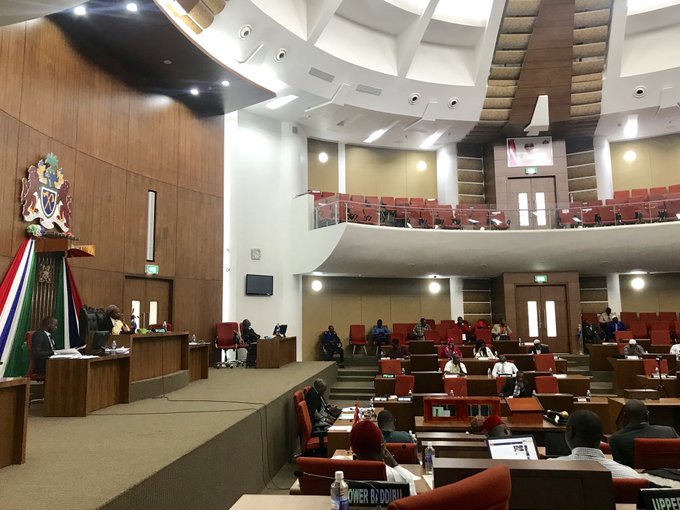 Happening right now: The Hon. Minister of Foreign Affairs moves motion on The Gambia’s Re-Entry to the #Commonwealth before the National Assembly in Banjul.

The Gambia, a member from its 1965 independence until 2013, is a low-lying country reliant on agriculture. As a commonwealth member, it will have a more significant voice on matters, including climate change and rising sea levels.

“The unilateral withdrawal of The Gambia from the Commonwealth by former president Jammeh is regrettable and considered to be a major low point in the foreign relations of the Gambia. The decision to withdraw the Gambia was not made in consultation with the National Assembly, general public or government institutions that benefited from Gambia’s relations with the Commonwealth,” Darboe said.