The suit was filed in U.S. District Court in Washington on Sunday.

Washington lawyer Jeffrey Lovitzky, who filed a similar suit against President Donald Trump in March, contends the couple failed to identify assets in 30 investment funds in which they had investments on public disclosure forms.

The lawsuit also says they did not declare the value of, and income derived from, two other investment instruments.

Lovitzky notes that in at least six circumstances, Kushner indicated that additional information was not offered because a “pre-existing confidentiality agreement” precludes disclosure.

The lawsuit says Kushner’s reason for non-disclosure is a violation of the 1978 Ethics in Government Act.

Kushner resigned from 266 positions related to his investments and has divested, but not given up, most of his holdings to take the White House advisory position. 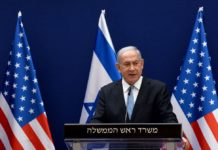 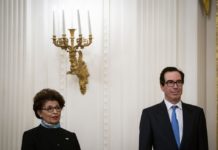