March 23 (UPI) — Next month’s White House Correspondents’ Dinner has been postponed amid concerns over the coronavirus outbreak.

“The White House Correspondents’ Association regrets to announce that it is unable to go ahead with its 2020 dinner on April 25. We will get back to you soon with our alternative date. Thanks for your support,” the association tweeted Sunday.

The group of journalists announced in February that comedians Kenan Thompson and Hasan Minhaj would co-host the gala, which was to take place in Washington, D.C.

The event is the latest to be canceled or postponed during the global health crisis, which has killed more than 13,000 people.

Already scrapped this year are the South by Southwest, Coachella and Tribeca festivals, as well as the Daytime Emmy Awards ceremony.

The Cannes film festival has been postponed, while most schools, theaters, theme parks and performance-arts venues are closed and film productions have been shut down in an effort to discourage people from gathering in large groups. 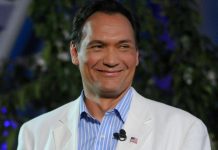 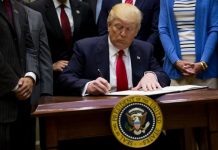 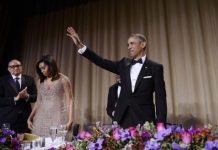 President Pokes Fun At His Own Tenure, Gives Nod To Clinton At Correspondents’ Dinner