May 15 (UPI) — The White House on Wednesday rejected a request by the House judiciary committee to release documents related to its investigation into possible obstruction of justice and abuses of power by President Donald Trump.

White House Counsel Pat Cipollone sent a letter to House Judiciary Chairman Jerry Nadler stating that the request was illegitimate because it sought confidential information from the Executive Branch and was beyond the scope of the authority of Congress.

“It appears that the Committee’s inquiry is designed, not to further a legitimate legislative purpose, but rather to conduct a pseudo law enforcement investigation on matters that were already subject of the Special Counsel’s long-running investigation and are outside the constitutional authority of the legislative branch,” Cipollone wrote.

Cipollone also said the White House has made efforts to accommodate Congressional information requests, including releasing special counsel Robert Mueller’s report, which he said made the committee’s requests irrelevant.

“Congressional investigations are intended to obtain information to aid in evaluating potential legislation, not to harass political opponents or to pursue an unauthorized ‘do-over’ of exhaustive law enforcement investigations conducted by the Department of Justice,” he wrote.

Nadler and the judiciary committee sent letters to 81 agencies, individuals and other entities in March demanding documents from more than 60 current and former administration officials, Trump family members and employees of the Trump Organization.

Wednesday’s objection applies to the requests regarding current and former officials whose information is considered property of the White House. Cipollone said the appropriate course of action for the committee is to discontinue the inquiry.

Cipollone also encouraged Nadler and other lawmakers to narrow the scope of the requests and articulate the legislative purpose if it still wishes to pursue the documents. 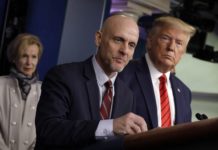 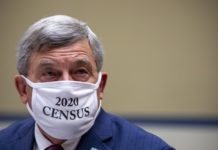 IG: Census Bureau did not order to shorten 2020 census 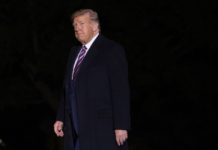