ST. LOUIS, Dec. 6 (UPI) — The wife of Missouri Governor-elect Eric Greitens was robbed at gunpoint while sitting in a parking lot down the street from the couple’s home Monday night, posting on Facebook that she is fine but a little shaken up.

Police arrested three teenage males blocks away from the incident after they crashed their car and attempted to flee on foot, and noted the three may have robbed someone else in the lot as well.

“She is safe — but shaken,” the governor-elect posted late Monday night on his Facebook page. “We are grateful for the men and women of law enforcement. Their response was swift and skilled, and we thank God for their presence tonight.”

Sheena Greitens was sitting in her car outside a restaurant looking at her cellphone around 6:20 p.m. when a teenager opened her car door, pointed a gun at her and demanded she hand over the phone and her laptop.

After Sheena Greitens reported seeing the three males run away from her car, police tracked down a car believed to belong to the suspects, who police say are 14-, 15- and 19-years-old. The car attempted to flee, getting into a crash, and the suspects attempted to run away on foot — eventually being caught by police.

Police said that in addition to another car being broken into in the same lot, and the owner of the car saying his cellphone was also taken, the car the suspects were driving is thought to have been stolen in another crime earlier in the day.

Governor-elect Greitens said in the Facebook post that the incident has strengthened his and his family’s resolve to help improve neighborhoods and make them safer. 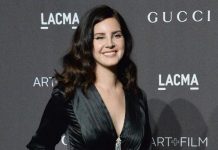 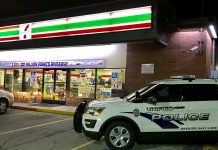 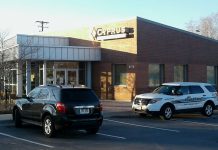