Jan. 10 (UPI) — The 68-year-old wife of millionaire Norwegian investor Tom Hagen is believed to have been kidnapped as suspects demand $10.4 million in ransom to be paid in cryptocurrency, authorities said Wednesday.

Anne-Elisabeth Falkevig Hagen went missing 10 weeks ago from her home in Lørenskog, near Oslo. Authorities had been investigating the disappearance in secret without progress while the alleged kidnappers have made serious threats against her, the Norwegian newspaper Aftenposten reported.

Tom Hagen told authorities that he found a note at his home, which did not appear to have been broken into, that they wanted to be paid in cryptocurrency for her return. Local police, which is being assisted by Europol and Interpol, believe she was attacked in the home’s bathroom before being taken.

Tom Hagen became wealthy through real estate investing and electrical power. He founded Elkraft AS in the 1990s, which is now one of the leading electrical power providers among Nordic countries. He has a net worth of $196 million, making him one of the wealthiest men in Norway.

The case’s chief investigator Tommy Broeske declined to talk about the specifics of the ransom note but added in a news conference that “the threats were of a very serious character,” The Independent reported.

“The reason for us to go public with this case now is that despite a broad and extensive investigation, we need more information,” Broeske told reporters. “We have no suspects in this case.

“Those behind [the kidnapping] have chosen to communicate digitally and we have had no other type of contact,” Broeske said. Authorities have instructed the family not to pay the ransom. 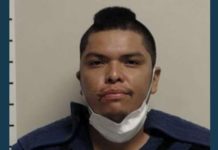