July 14 (UPI) — Commerce Secretary Wilbur Ross said Friday he will sell off his remaining stock after an ethics watchdog notified him he failed to follow through on an ethics agreement to fully divest.

The Office of Government Ethics sent a letter to Ross on Thursday saying he risked “serious criminal violation” for omitting information and making inaccurate statements about his investments to the office.

In order to avoid potential conflicts of interest, Ross said in January 2017 he would divest at least 80 assets and investment funds within 90 to 180 days of his confirmation, and that he would step down from posts in more than 24 companies of funds in which he was financially tied. Ross certified in November that he had complied with that agreement.

But the OGE said Ross made two sales of Invesco stock Dec. 21 after that certification. Invesco is the parent company of W.L. Ross & Co., Ross’ private equity firm.

The sale of the stock amounted to at least $20 million.

Ross said that in order to restore the public’s trust, he would sell off assets he was not required to get rid of under his initial ethics agreement.

“My investments were complex and included hundreds of items,” he said, defending his actions. 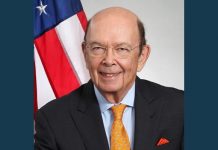 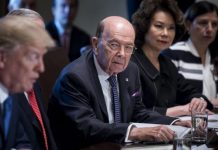