Neither fire officials nor the Siskiyou County Sheriff’s Department identified the victim or their cause of death.

The Klamathon Fire broke out Thursday near Hornbrook, Calif., about 115 miles north of Redding, Calif. Fire officials have the blaze about 5 percent contained.

The wildfire temporarily shut down Interstate 5 in both directions and prompted evacuations.

The Klamathon Fire is one of about a dozen blazes Cal Fire is battling across the state, the largest located in Northern California.

The County Fire in Napa and Yolo counties increased in size to 88,375 acres Friday and was 37 percent contained, Cal Fire said.

Cal Fire said some 3,831 firefighters were working to build containment lines around the blaze. They were hampered by steep and inaccessible terrain.

The fire, which started Saturday east of Lake Berryessa, has caused no injuries or deaths, but destroyed nine structures. Cal Fire said it poses danger to about 990 structures. Officials expect increasingly warm temperatures and dry weather this weekend could spur fire growth.

Meanwhile, to the northeast in Lake County, firefighters maintained 92 percent containment on the 15,000-acre Pawnee Fire.

The wildfire, which started June 23, left one person injured and 22 structures destroyed.

The state’s latest fire broke out Friday in San Diego County. The blaze was 400 acres and 5 percent contained as of 4:30 p.m., Cal Fire said.

Near Los Angeles, Cal Fire was battling the 100-acre Valley Fire and the 100-acre Box Fire (15 percent contained), both in San Bernardino County.

The Creek Fire in San Bernardino National Forest was 33 acres and 90 percent contained as of Thursday, and the Valley Fire was 200 acres with zero percent containment Friday.

Farther north, the Lions Fire was about 4,000 acres with 60 percent containment in the Sierra National Forest.

And the Petersburg Fire near Trinity and Shasta National Forests was 215 acres with 90 percent containment. Evacuation orders there were lifted earlier this week. 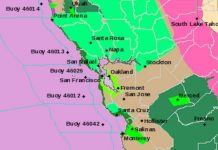 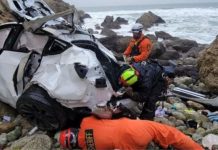