The castle, in England’s Berkshire county, will host the Changing of the Guard parade, a popular tourist attraction, on Wednesday. Black steel barriers were set up Sunday night, and by Monday morning the castle was surrounded by a ring of steel to aid in road closures during the ceremony. Thames Valley Police called the new fortifications “proportionate and necessary,” but added there is “no specific threat to Windsor.”

The Changing of the Guards, a colorful and historic military parade, will take place four times a week during the summer, beginning in May. Police said the barriers are temporary and will only be in use to secure the parade route.

Windsor residents said Monday the barriers are unattractive and reduce the number of available parking spaces. One, Shari Kalra, told the BBC that it was unfortunate to see “the beautiful streets of Windsor” lined with barriers, giving the impression the city was “running scared.” 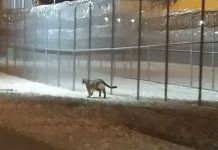 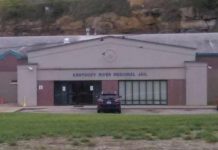 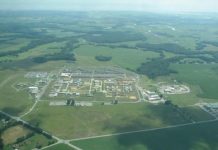