May 5 (UPI) — A member of the Wisconsin National Guard was charged in the Jan. 6 riot at the Capitol, becoming the fourth service member facing federal charges in the insurrection.

Maj. Joe Travato, a spokesman for the Wisconsin National Guard, told The Washington Post that Markofski, a private first class, is an infantryman assigned to the 1st Battalion, 128th Infantry Regiment.

The pair visited the Washington Monument on the morning of Jan. 6, before traveling to the White House to hear then-President Donald Trump speak.

“I can’t make you guys leave. However, for your safety, you should leave,” the officer said, according to Markofski.

Nelson said the two entered a room inside the Capitol with a “dome-like ceiling” and were there for approximately 20 minutes before following the crowd into another room. He said they were in the Capitol for a total of about 40 minutes.

A Virginia National Guard soldier, who was also a civilian police officer, and two Army Reserve soldiers have also been federally charged in relation to the riots.

The involvement of active and former military members in the riots has prompted federal scrutiny, with the Department of Homeland Security, which oversees the Coast Guard, Border Patrol, Immigration and Customs Enforcement and the Secret Service announcing a probe into extremism in its ranks last week. 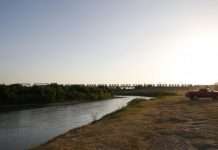 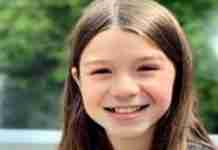