July 16 (UPI) — An Oregon woman was found 200 feet down a cliff near Big Sur, Calif., since being missing one week ago, authorities said.

Angela Hernandez, 23, of Portland, was found by the Monterey County Sheriff’s Office while responding to a report of a white Jeep with Oregon plates “over the cliff” off Highway 1.

Hernandez, who had been missing since July 6, was taken by helicopter to a hospital, according to a Facebook post by the sheriff’s office late Friday.

Hernandez said she had been there for a week and to stay hydrated, she used a radiator hose to siphon water from a nearby stream, according to KGO-TV.

On Thursday and Friday, the sheriff’s office had searched Highway 1 for Hernandez’s white 2011 Jeep Patriot.

“My sister is alive, she’s talking, and she’s still trying to come to understanding everything,” she wrote Saturday on Facebook. “She’s a fighter and she fought this long and she will continue to. It’s not going to be an easy recovery.”

A GoFundMe account has been set up by her sister. “In her accident, she has lost everything. Including her car, which was her livelihood,” she said.

Her family said they last heard from her on July 6 from Half Moon Bay. She was driving from Portland to Lancaster in California to visit family.

On Monday, the search began in San Mateo County.

After surveillance video from a business showed Hernandez traveling south on Highway 1 into Monterey County, the Monterey County Sheriff’s Office took over the search on Thursday.

“I know everyone on the West Coast and probably across the nation is thankful to know she is alive and on the road to recovery,” Detective Rosemerry Blankswade, a spokeswoman for the San Mateo County Sheriff’s Office, said to The Mercury News. 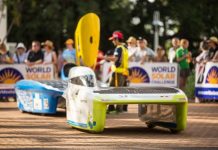