March 21 (UPI) — A Connecticut woman sued Harvard University over its use of photos depicting members of her family who were African slaves forced to pose naked by a professor in 1850.

Tamara Lanier’s lawsuit states that since 2011 she has repeatedly asked Harvard to stop using the daguerreotypes of a slave named Renty and his daughter, Delia, which were commissioned by Harvard professor, Louis Agassiz, to support his belief in white supremacy.

“For years, Papa Renty’s slave owners profited from his suffering,” Lanier said. “It’s time for Harvard to stop doing the same thing to our family.”

Lanier filed the suit in Middlesex County Superior Court on Wednesday accusing Harvard of the wrongful seizure, possession and monetization of the images, ignoring her requests to “stop licensing the pictures for the university’s profit” and misrepresenting her ancestors.

She is seeking an unspecified amount of damages from Harvard and demanding the university turn over the photos to her.

“This will force them to look at my information,” Lanier said of the lawsuit. “It will also force them to publicly have the discussion about who Renty was and restoring him his dignity.”

The suit cites Massachusetts law for the recovery of personal property, a state law about the unauthorized use of a name or picture for advertising purposes, and the 13th Amendment to the Constitution, stating that the university’s possession of the photos “reflects and is a continuation of core components or incidents of slavery,” which the amendment abolished.

Since Lanier wrote to Harvard’s then-President Drew Faust in 2011 detailing her ties to Renty and Delia, the university has continued to use the images in various capacities.

It was most recently used on the cover of a 2017 book on anthropology and a distorted version of the image is also currently on display on campus in an exhibit called “Slavery in the Hands of Harvard,” The Boston Globe reported.

The theory Agassiz commissioned the images to support was later used to justify slavery and segregation and Lanier’s suit also claims that Harvard has not yet sufficiently refuted his work.

“These images were taken under duress, ordered by a Harvard professor bent on proving the inferiority of African Americans,” Lanier’s lawyer, Michael Koskoff, said. “Harvard has no right to keep them, let alone profit from them. It’s about time the university accept responsibility for its shameful history and for the way it treated Papa Renty and his family.”

Harvard spokesman Jonathan Swain said the university “has not yet been served, and with that is in no position to comment on this lawsuit filing.” 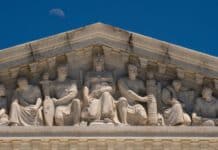 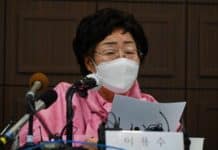