April 14 (UPI) — Stratolaunch, the world’s largest airplane with a 385-foot wingspan, took off and successfully landed for the first time in the California desert on Saturday.

At a half-million tons, the jet took flight shortly after 10 a.m. at Mojave Air and Space Port, reaching a maximum speed of 175 miles per hour and a peak altitude of 15,000 feet. It landed 2 1/2 hours later at the airport, The Verge reported.

The dual-fuselage Stratolaunch, which has six Boeing 747 engines, is designed to launch rockets into orbit from an altitude of 35,000 feet.

The company, which was founded in 2011 by the late Paul Allen, has a contract with Northrop Grumman to use Stratolaunch to send its Pegasus XL rocket into space.

“It was an emotional moment for me, personally, to watch this majestic bird take flight,” Stratolaunch CEO Jean Floyd said in a phone call with reporters.

Test pilot Evan Thomas said “the flight itself was smooth, which is exactly what you want a first flight to be. … It flew very much like we had simulated and like we predicted.” He said the aircraft landed “on the mark” after a few low passes.

Past tests included the initial rollout and an engine test in 2017, and later taxis down the runway in Mojave at various speeds.

“Paul G. Allen founded Stratolaunch to get game-changing ideas off the ground by making space launch more reliable, affordable and accessible than ever before,” according to the company’s website. “From uncovering better climate data to protecting endangered species to solving humanitarian challenges, the potential benefits of data collected from satellites are world-altering.

“It’s these possibilities that drove us to develop the world’s largest plane, which acts as a launch pad in the sky, bypassing many of the hazards that cause ground-launch delays here on Earth.”

Stratolaunch Systems is owned by Vulcan, which manages the estate of Microsoft co-founder Paul Allen, who died in October after complications of non-Hodgkin’s lymphoma. Allen’s partner was specialty aircraft builder Scaled Composites.

“Without a doubt, he would have been exceptionally proud to see his aircraft take flight,” Floyd said. “Even though he wasn’t there today, I did whisper a ‘thank you’.”

In January, the company announced it was ending development of its own rocket engines and vehicles, CNBC reported. 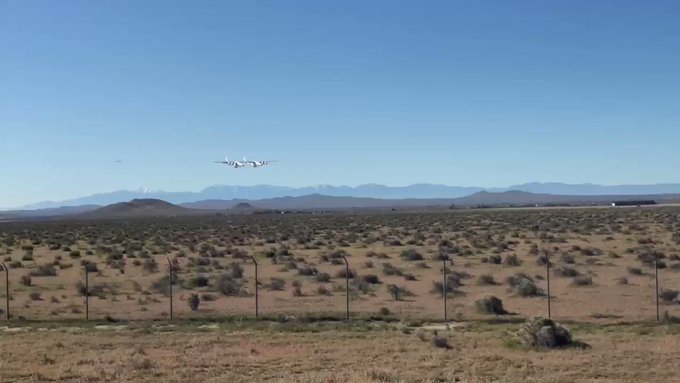 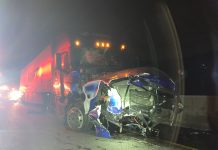