SUNNYVALE, Calif., Feb. 2 (UPI) — In a move intended to drive down costs at Yahoo, chief executive Marissa Mayer on Tuesday announced that the web company will eliminate 15 percent of its workforce and sell off some of its assets.

The company outlined the layoffs in an announcement Tuesday that detailed a new strategy to grow revenue, refocus resources and improve interaction with customers.

“Today, we’re announcing a strategic plan that we strongly believe will enable us to accelerate Yahoo’s transformation,” CEO Marissa Mayer said. “This is a strong plan calling for bold shifts in products and in resources. We are extremely proud of the billion dollar plus business we have built in mobile, video, native, and social.”

Part of the fourth strategy point is a reduction in workforce, by about 15 percent, and closing Yahoo offices in Dubai, Mexico City, Argentina, Spain, and Italy.

“It’s expected that most of these changes will take place in Q1, but by the end of 2016, the Company anticipates having approximately 9,000 employees and fewer than 1,000 contractors,” Yahoo said in a news release. “This represents a workforce that is roughly 42 percent smaller than it was in 2012 and will result in savings in short term operating expense of $400 million annually.”

“Yahoo does not take this decision lightly and will make every effort to handle the process with thoughtfulness, transparency, and compassion,” it continued. “As a result of this four-point plan, Yahoo is expected to return to modest and accelerating growth in 2017 and 2018.

The company also said it will close some elements of its operation in 2016 that have failed to meet expectations.

“The Company will also exit legacy products, including Games and Smart TV, which have not met growth expectations,” the news release said. “A simpler product portfolio more focused on Yahoo’s strengths will allow the Company to more quickly improve offerings to increase profitability.”

Shares of Yahoo (NYSE: YHOO) on Wall Street fell during trading Tuesday, down 1.7 percent, to close at $29.06. 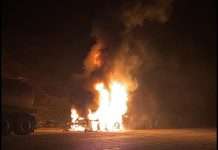