YOSEMITE NATIONAL PARK, Calif., Sept. 7 (UPI) — One of the United States’ oldest and most popular national parks is seeing its largest expansion in 70 years, with the addition of several hundred acres of wetland and wildlife area, officials said Wednesday.

Yosemite National Park was gifted the 400-acre Ackerson Meadow — critical wetlands and meadow habitat on the park’s western boundary — through a donation, the National Park Service said in an announcement.

Officials said the historic expansion is the result of a cooperative effort between The Trust for Public Land, Yosemite Conservancy, and the National Park Service.

“The generous donation of Ackerson Meadow will preserve critical meadow habitat that is home to a number of state and federally listed protected species,” Yosemite Superintendent Don Neubacher said in a statement. “It’s a stunning open meadow surrounded by forest habitat … This meadow is a remarkable gift to the American people, coming at a historic time as we celebrate the Centennial of the National Park Service.”

The Trust for Public Land bought Ackerson Meadow from private owners for $2.3 million earlier this year.

The addition of 400 acres is Yosemite’s greatest expansion in 67 years and adds precious meadow land to the park. Ackerson Meadow, along with other meadows in Yosemite, filters and supplies San Francisco with most of its clean drinking water.

“Donating the largest addition since 1949 to one of the world’s most famous parks is a great way to celebrate the 100th birthday of our National Park Service,” Will Rogers, President of The Trust for Public Land, said. “We are delighted, and proud to make this gift to Yosemite, and the people of America.”

Established in 1890, Yosemite, which spans across three counties in east central California, is the third-oldest U.S. national park behind Yellowstone and Sequoia. It also regularly ranks among the top five most-visited national parks on an annual basis.

Yosemite, famous for its rocky granite cliffs and peaks and picturesque waterfalls, covers more than 750,000 acres — or about 1,200 square miles of land.

“The original Yosemite boundary plans of 1890 included Ackerson Meadow,” Yosemite Conservancy President Frank Dean said. “So it is exciting to finally have this important place protected.” 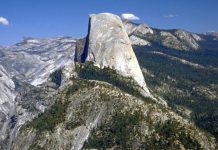 Hiker dies in fall from Yosemite’s Half Dome 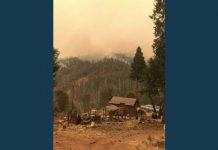