The discovery of K2-33b may shed light on the process of planetary evolution and the origin of close-in exoplanets.

The planet is roughly the size of Neptune, but lies much closer to its host star — 10 times closer than Mercury is to the sun. The exoplanet boasts an orbital period of just 5.4 days.

Researchers aren’t quite sure how or why such a large planet begins planetary life so close to its sun. Until recently, planetary scientists thought larger planets found near their host stars migrated from farther away. The latest discovery suggests that’s not always the case.

“The question we are answering is: Did those planets take a long time to get into those hot orbits, or could they have been there from a very early stage?” Trevor David, an astronomer at Caltech, said in a news release. “We are saying, at least in this one case, that they can indeed be there at a very early stage.”

Now, astronomers must work to understand which formation process is most common. If close-in planet formation is rare, and the majority of super Neptunes and hot Jupiters migrate from farther afield, their paths could make the formation of habitable, terrestrial worlds like Earth less likely. 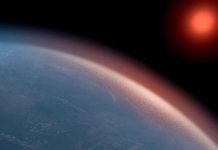 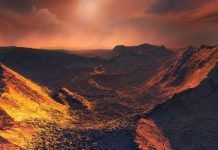 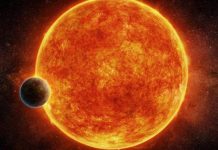