May 28 (UPI) — Facebook CEO Mark Zuckerberg and Chief Operating Officer Sheryl Sandberg won’t attend a hearing before the Canadian Parliament to which they were summoned, risking a contempt vote, the company confirmed Monday.

The social media company said it will instead send Kevin Chan, head of public policy for Facebook Canada, and Neil Potts, director of public policy, to the Ottawa hearing.

Canada’s Ethics Committee summoned Zuckerberg and Sandberg to the Tuesday hearing earlier this month. The meeting is expected to address issues of privacy and the tech world’s impact on democracy.

Members of Parliament warned that the two top executives could be found in contempt of Parliament if they fail to attend the hearing.

“I don’t think it would send a good message internationally about, you know, blowing off an entire country of 36 million people,” Conservative MP Bob Zimmer said. “The bottom line is that they show up and answer our questions, so my hope is that still happens.”

Zuckerberg and Sandberg have testified before the U.S. Congress on the same topic after investigators found that Russian organizations used social media in an attempt to influence the 2016 presidential election in the United States. 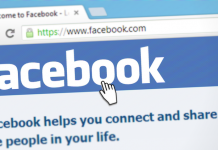