April 13 (UPI) — Andrew Yang is basing his bid for the Democratic Party nomination for president in 2020 on providing subsidies to Americans to protect the economy from consequences of automation.

Yang, 44, announced his candidacy in late 2017 and has based his platform around concern that new technologies, including artificial intelligence, will destroy millions of jobs in the next decade. He describes his economic policy as “human-centered capitalism.”

“A crisis is underway — we have to work together to stop it, or risk losing the heart of our country,” Yang’s campaign website states.

The center of Yang’s campaign is a proposal to institute a universal basic income that he calls “The Freedom Dividend,” which would provide $1,000 every month to every American older than 18 independent of their work status or other factors.

“This would enable all Americans to pay their bills, educate themselves, start businesses, be more creative, stay healthy, relocate for work, spend time with their children, take care of loved ones and have a real stake in the future,” his website states.

Yang states the policy would permanently grow the economy by as much as 13.10 percent or about $2.5 trillion by 2025 and increase the labor force by 4.5 million to 4.7 million people.

He is also a supporter of Medicare for All, championed by his primary opponent Sen. Bernie Sanders. Yang said the Affordable Care Act was “a step in the right direction” but failed to address that access to Medicare isn’t guaranteed to all citizens and incentives for healthcare providers don’t align with providing quality, efficient care.

“Either through expanding Medicare to all, or through creating a new healthcare system, we must move in the direction of a single-payer system to ensure that all Americans can receive the healthcare they deserve,” his website states. “Not only will this raise the quality of life for all Americans, but, by increasing access to preventive care, will bring overall healthcare costs down.”

Yang was born in Schenectady, N.Y., to Taiwanese immigrants. His father was a researcher for IBM and his mother was the systems administrator at a university in New York. Yang lives in New York City with his wife, Evelyn, and their two children.

In 2011, he funded Venture for America, a nonprofit entrepreneur fellowship program focused on creating jobs in cities affected by the financial crisis.

Yang has grown a large online following through appearances on the Joe Rogan Experience podcast and The Breakfast Club radio program on New York City’s Power 105.1.

Last month, he announced his campaign surpassed 65,000 donors, crediting the appearance on Rogan’s podcast for growing his base online.

“It seems like a lot of people started paying attention all at once,” Yang told the Washington Post.

Yang’s large group of online followers, known as the “Yang Gang,” circulate memes about the candidate in online communities such as Reddit and 4Chan and has attracted portions of the Internet that expressed similar support for President Donald Trump.

Although Yang has described himself as the “opposite of Trump” he told NBC News his supporters and Trump believe “America is hurting.”

“The issues are real,” he said. “And so when I talk about issues that matter to the American people and propose solutions that people are excited about, then I’ll take any voter — within limits. If they have racist or bigoted ideas, then I don’t want their votes. But the vast majority of Trump voters I believe are just looking for some path forward.”

Yang has also drawn support from white nationalists online, including Richard Spencer, who said “Everyone should take this man and his ideas seriously.”

Yang condemned Spencer’s support in a statement to The Verge, saying he sees racism and white nationalism as “a threat to the core ideals of what it means to be American.”

“I denounce and disavow hatred, bigotry, racism, white nationalism, anti-Semitism and the alt-right in all its many forms. Full stop,” Yang said. “For anyone with this agenda, we do not want your support. We do not want your votes. You are not welcome in this campaign.” 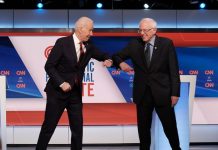 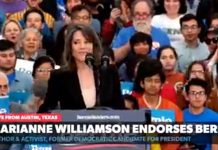 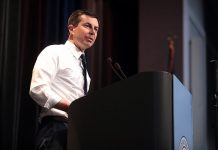