WINSTON-SALEM, N.C., Aug. 26 (UPI) — A federal judge handed transgender college students a victory Friday with an injunction preventing the University of North Carolina system from enforcing a controversial bill that says they must use restrooms of the gender they were given at birth.

In an 83-page order Friday, District Judge Thomas D. Schroeder issued the temporary order against House Bill 2 until a final determination is made in the matter.

For now, the decision is a victory for three transgender students in the UNC school system who are part of the case, as well as advocates of the LGBT community.

The injunction is the latest action involving HB2, the law passed by lawmakers and North Carolina Gov. Pat McCrory earlier this year — which subsequently drew an Obama administration lawsuit.

In addition to the students, several groups — including the American Civil Liberties Union and U.S. Department of Justice — are involved in the case.

“Today is a great day for me and hopefully this is the start to chipping away at the injustice of HB2 that is harming thousands of other transgender people who call North Carolina home,” Joaquín Carcaño, the lead plaintiff in the case, said in a statement released by the ACLU of North Carolina on Friday. “Today, the tightness that I have felt in my chest every day since HB2 passed has eased. But the fight is not over: we won’t rest until this discriminatory law is defeated.”

“Our clients are one step closer to being free from the discrimination that this harmful law imposes on them,” ACLU of North Carolina Legal Director Chris Brook added. “We’re confident justice will prevail in the larger case after the judge hears all the evidence at trial this fall.”

North Carolina is just one of several states currently embroiled in litigation regarding the legality of bathroom freedom for transgender individuals, but it might have the highest profile.

Last month, the NBA pulled its 2017 All-Star Game from the city of Charlotte directly as a result of HB2, which some critics have called the most anti-LGBT law in the United States. That move alone is estimated to cost the state economy about $100 million in revenue.

“The Public Facilities Privacy and Security Act is still in effect,” Bob Stephens, general council for McCrory’s office, said of Friday’s injunction. “The judge’s limited injunction only applies to three individuals and is based on a Fourth Circuit decision recently stayed by the U.S. Supreme Court.

“This is not a final resolution of this case, and the governor will continue to defend North Carolina law.” 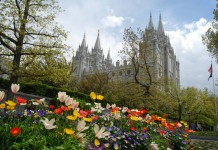 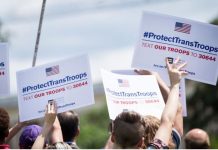 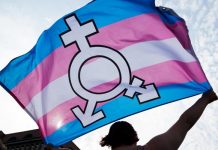