Oct. 2 (UPI) — A federal judge in California has temporarily blocked a law that would require President Donald Trump to release his tax returns to appear on the state’s ballot during the 2020 primary.

U.S. District Judge Morrison C. England, Jr., issued the halt Tuesday, stating that the law requiring candidates on the ballot to release their tax returns may be unconstitutional.

“While this Court understands and empathizes with the motivations that prompted California to pass the Act, it concludes that a preliminary injunction should nonetheless issue because the Act’s provisions likely violate the Constitution and the laws of the United States,” England said Tuesday in the 23-page ruling.

England said the law goes against the Constitution’s vision of having uniform voting practices across the country.

Last month England issued a preliminary injunction against the law following a suit brought against the state by Trump who said it violates the First Amendment.

“We will continue to make our thorough, thoughtful argument for stronger financial disclosure requirements for presidential and gubernatorial candidates,” Padilla said in a statement. “Our elected leaders have a legal and moral obligation to be transparent with voters about potential conflicts of interest. This law is fundamental to preserving and protecting American democracy.”

“Some of the brightest constitutional minds in the nation have been very clear that this law will withstand a constitutional test,” he said in a statement. “We believe this initial ruling should be appealed, and that transparency should win the day,” The Sacramento Bee reported.

Gov. Gavin Newsom signed the law into being July 30, saying, “states have a legal and moral duty to do everything in their power to ensure leaders seeking the highest offices meet minimal standards and to restore public confidence.”

Republicans sue to block California from voting by mail in November 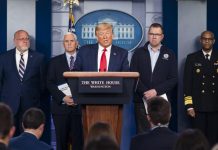 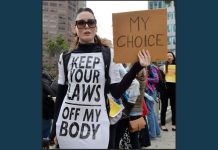