“The president — I know he gets upset very, very easily. So don’t tell him we’re gonna beat him,” Sanders told a cheering crowd in San Antonio, Texas, on Saturday evening.

“In Nevada we have just put together a multi-generational, multiracial coalition which is not only going to win in Nevada, it’s going to sweep this country,” Sanders said.

Former vice president Joe Biden was an early leader in polls in Nevada, but was at a distant second in early projections, where Sanders had 44.6 percent of delegates and Biden had 19.5 percent.

Pete Buttigieg, the former mayor of South Bend, Ind., had 15.6 percent of delegates and Warren had 11.8 percent.

This is the Vermont senator’s second attempt at seeking the Democratic presidential nomination.

Sanders describes himself as a democratic socialist and has been registered as an independent for much of his nearly 40-year political career.

Looks like Crazy Bernie is doing well in the Great State of Nevada. Biden & the rest look weak, & no way Mini Mike can restart his campaign after the worst debate performance in the history of Presidential Debates. Congratulations Bernie, & don’t let them take it away from you! 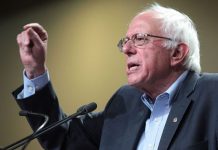 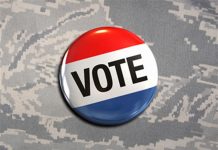