ST. GEORGE, Utah, July 23, 2020 (Gephardt Daily) — Ray Snyder and wife, Daynene, will deny that heroism runs in the family. But the Mona couple is proud of son Jayden, 20, who died July 16 and, even in death, fulfilled his longtime goal of saving lives.

Jayden Snyder had planned to be an organ donor even before he applied for his driver license and checked its “donor” box, mom Daynene Washburn-Snyder said. So when doctors determined Jayden would not survive his accident, there was no question that his organs would be harvested to help others live.

And it was exactly one week before Jayden’s accident that his father, Ray Snyder, made headlines when he risked his own safety by blocking Interstate 15 traffic with his commercial truck to save a man running on the roadway and the Utah Highway Patrol troopers trying to save the running man.

“I was just trying to do the right thing,” Ray Snyder said of the July 9 incident. “People have told me I was a hero for what I did. I just saw something that needed my help.”

The Snyders had raised Jayden in Sandy, and he was a spirited kid who worked a Snowbird job for a ski pass, loved off-roading, and was always helping neighbors with mowing and other errands, Washburn-Snyder said. The family moved south about a year ago.

Jayden attended Dixie State University for a while, and he and his girlfriend Ke’ana were building a house in St. George with plans to rent rooms to students.

Jayden Snyder had been invited on a Hawaii trip with Ke’ana’s family, and he was mulling over whether to propose on the sandy beaches, or to pop the question in Utah, where he could have his mother, father, two older siblings from his father’s previous relationship, and eight nieces and nephews close.

“We talked about it,” Washburn-Snyder recalled. “He wanted his family around. But he didn’t get to do that.”

Jayden and his girlfriend had been living in a sun-baked trailer in St. George, dreaming of the air conditioning when their house would be complete in August. Jayden had found a new job to replace the one he lost when the pandemic hit, his mother said.

On the day of the accident, he was in a company vehicle, a Ford Ranger with a flatbed and one tire larger than the other three, his mother said. The large tire broke apart as he was driving, she said.

“Jayden lost control,” Washburn-Snyder told Gephardt Daily. “The vehicle went into the median and hit a drainage culvert, and he was ejected from the vehicle and thrown into the other traffic lane. In my heart, I know at that time, at 3:30 that Thursday, is when I lost my son.”

Two police detectives passing by were able to perform CPR and restart Jayden’s heart. Paramedics arrived, and resuscitated him two more times. The next day, tests revealed the 20-year-old man had suffered a devastating brain injury from which he could not recover.

“That’s the job of first responders, to keep them alive,” Washburn-Snyder said. “And because Jayden was a donor, and donation was something he’d always advocated, we decided to donate his organs. It wasn’t a decision we made lightly. I had worked for a funeral home and understood the consequences of that decision.”

“We knew that’s what he wanted, if anything should happen to him,” Washburn-Snyder said. “Me and my husband always believed all things happen for a reason. We may not ever know what the reason was, but three days after my son was declared dead, he saved four lives. I hope he gave four people a second chance, and that they do something great with their lives.”

The accident that cut short Jayden’s life came just a week after Ray Snyder had put himself in harm’s way to save a trooper trying to catch a disoriented man running on I-15.

Snyder said what he did was like things he did many times before as a trucker, encountering people on the road who were in desperate need of help, and lending a hand.

Here is the final arrest! Supporting our officers out there who keep us safe. Thanks to those truckers out there that support them and are our highway heroes

“It was nothing,” Ray Snyder said. “I deal with that stuff on a daily basis, being a truck driver.”

Snyder said he spotted a trooper, out of his vehicle, trying to chase down a larger man. Before a second trooper arrived on scene, Snyder pulled his big rig into the lane with the trooper and runner, blocking traffic so they would not be hit.

A second trucker stopped in the far right lane and nearly got hit by another trucker who sped by the desperate scene. Other drivers rushed by, recording the incident on cell phones, Ray said.

“Mike, the other truck driver, had to jump back on his step when another truck came barreling through.”

Snyder helped the trooper gain control of the man, and re-robe the man, who had partially disrobed at some point. And, as an afterthought, Ray Snyder offered to send the trooper his dashcam video, just in case any of the cell phone video clips might be used in accusations of wrongdoing.

“I wanted to protect the officers,” he said. “I didn’t want them to face any false accusations of police brutality.”

The Snyders also decided to share the video on Facebook and were shocked when it went semi-viral.

“Literally, within 12 hours, it had 64,000 views and hundreds of comments,” Washburn-Snyder said.

“It blew up like crazy,” Snyder said. “I didn’t want the attention.”

Snyder will admit, grudgingly, that he may have saved a life or two when he blocked traffic on that July 9 night.

And troopers have expressed gratitude for his action. One took special care of the Snyders on the night Jayden died.

“Trooper Jeff Adams was the investigating officer, and he was so loving and kind with us at the hospital,” Washburn-Snyder said. “He pretty much refused to leave until he could see Ray and shake his hand. Even the next day, he sat with us for an hour and a half, talking about things that had happened in his life as an officer.

“He told us how grateful he was to Ray and our family. We are grateful for his kindness.”

Washburn-Snyder said she and her husband have shared their stories in part to spark an interest in organ donation. Just check the box on your driver license, she said, “and you may save someone’s life.” 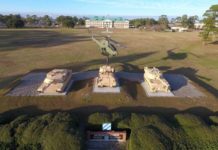 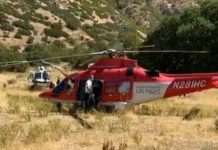 Woman Life Flighted to hospital after horse loses footing on steep Salem trail, rolls over her