TUSCALOOSA, Ala., Aug. 17 (Andrew V. Pestano) — A sorority chapter of the University of Alabama has caused controversy over a popular recruitment video, criticized as lacking racial diversity and objectifying women.

The Alpha Phi sorority chapter at the University of Alabama removed a recruitment video it posted on YouTube, but which has since been posted by other users.

In the “‘Bama sorority video worse for women than Donald Trump” opinion piece written by A.L. Bailey for the Alabama Media Group, he writes that the video is “all so racially and aesthetically homogeneous and forced, so hyper-feminine, so reductive and objectifying.”

The opinion piece generated attention as many showed an outpouring of support for Bailey, while others defended the video — stating it was light-hearted and not to be taken seriously.

“These young women, with all their flouncing and hair-flipping, are making it so terribly difficult for anyone to take them seriously, now or in the future,” Bailey wrote.

On the reference to Donald Trump’s apparent former sexist remarks, Bailey wrote that the video is “unempowering.”

“This video has a clear sales pitch: beauty, sexuality, and a specific look above all. They’re selling themselves on looks alone, as a commodity. Sadly, commodities don’t tend to command much respect,” Bailey continued. “So who is buying what they’re selling? Men, from Donald Trump on down to fraternity pledges, are buying it over and over again with devastating results.”

A re-uploaded version of the original video can be found below: 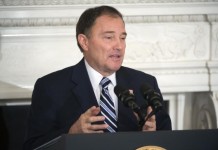 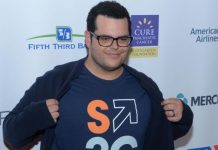 Weekend Box Office: ‘The Girl on the Train’ takes 1st place, ‘The Birth of a Nation’ lands outside Top 5