SANTIAGO,Chile, Dec. 25, 2016 (Gephardt Daily) — A 7.7 magnitude earthquake off the coast of Chile has led to tsunami alert across parts of the southern Pacific.

The U.S. Geological Service says the quake hit at 7:22 a.m. local time at a depth of 9.3 miles about 30 miles off the coast of southwest Chile.

The Pacific Tsunami Warning Center issued an alert saying dangerous waves were possible up to 1,000 km from the quake’s epicenter.

The center said based on the data it was unlikely that Hawaii or areas of the U.S. mainland would be affected.

There were no immediate reports of damage or casualties. 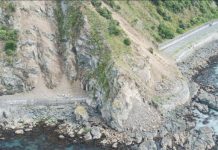 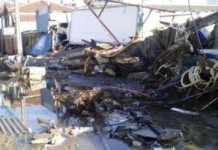 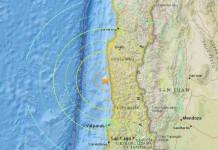