BOSTON, Aug. 4 (UPI) — A new study suggests the flight patterns and maneuverability of bumblebees are altered by the weight of their loads and kind of food they carry.

Bees are very capable aviators. But scientists wanted to see how their flying varies when carrying pollen and nectar. So researchers ordered some bees and watched them fly in a laboratory wind tunnel.

Using high speed cameras the scientists watched the bees manage changing wind factors and a moving landing pad in the form of a robotic flower. When carrying pollen, which is carried by a bee’s legs, bees fly more like a jumbo jet and less like a fighter jet.

When weighed down by pollen, bumblebees gain stability in the face of difficult wind conditions. But for a steadier flight pattern, bees sacrifice maneuverability, which made locating an elusive flower more difficult.

Nectar, because it is stored in a centrally located pouch on the bee’s abdomen, had the opposite effect. The added central weight aided maneuverability, but detracted from the bee’s stability.

Though there are tradeoffs involved, researchers say bees are adept flyers regardless of load and conditions.

“What might be surprising to many people is just how much load they’re able to carry,” Andrew Mountcastle, a biologist at Harvard University, told NPR. “Bumblebees are basically aerial tankers.”

Researchers, who published their research in the Proceedings of the National Academy of Sciences, say they now want to study whether bees look to carry pollen on windy or rainy days, and nectar on calmer days. 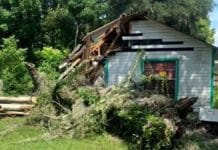 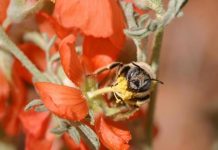 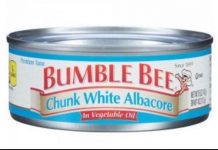