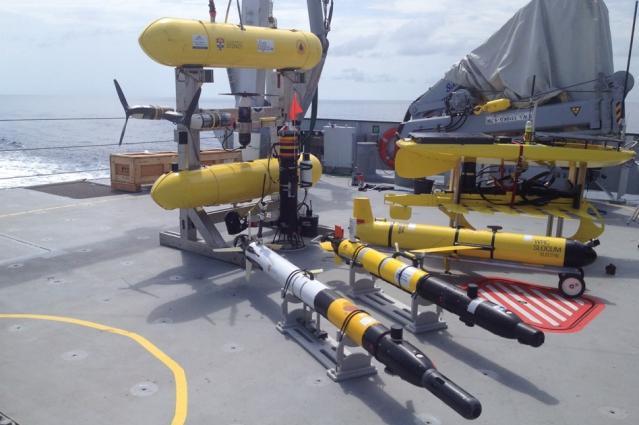 BOSTON, May 8 (UPI) — Currently, most autonomous underwater robots take on minor tasks and human programmers dictate the decision-making process, instructing the submersibles on how best to execute a dive plan. They key in the commands, and the robot goes to work.

Granted cognitive abilities by the robotics scientists, the autonomous underwater vehicles, or AUVs, are able to navigate underwater expanses and execute research tasks on their own. Researchers simply dictate high-level goals, and the submersible calculates the most efficient path forward.

The technology is similar to the kinds of cognition researchers are implementing in self-driving cars — key in the destination and the car can navigate its way there, communicating with other cars, negotiating obstacles like stoplights, sharp turns and changes in the weather.

In a recent demonstration, researchers deployed a newly programmed underwater glider to see if it could go about its business while staying out of the way of other remote-controlled submersibles in the area.

“We wanted to show that these vehicles could plan their own missions, and execute, adapt, and re-plan them alone, without human support,” programmer Brian Williams, a professor of aeronautics and astronautics at MIT, said in a press release. “With this system, we were showing we could safely zigzag all the way around the reef, like an obstacle course.”

Williams explains that the program operates like a real ship, with layers of command — a captain, a navigator, a doctor, an engineer.

“We can give the system choices, like, ‘Go to either this or that science location and map it out,’ or ‘Communicate via an acoustic modem, or a satellite link,'” Williams said. “What the system does is, it makes those choices, but makes sure it satisfies all the timing constraints and doesn’t collide with anything along the way. So it has the ability to adapt to its environment.”

Williams said the new technology — designed and implemented with help from Boeing, DARPA and NASA — will free up the mental energies of oceanographers and engineers, so they can focus on the bigger picture.