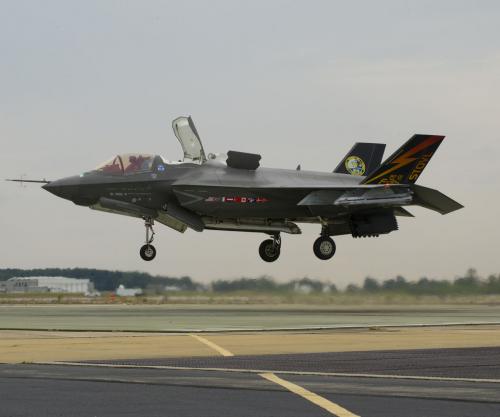 The announcement that the F-35B achieved initial operational capacity also represents a turning point for the project, which was plagued by cost overruns, technical failures and major delays. When Lockheed Martin was awarded the contract for the fifth-generation fighter jet in 2001, U.S. officials pledged it would be “the world’s premier strike platform beginning in 2008.”

The B variant of the aircraft used by the Marines, which cost about $104 million each, is equipped with short-takeoff and vertical-landing, or STOVL, capabilities. The first F-35B deployment is expected to take place in 2017 with a unit moving to Japan.

The U.S. is spending some $400 billion to develop the next-generation fighter jets, designed for use by the Navy, Air Force and Marines, as well as international allies. U.S. Rep. Kay Granger, R-Texas, congratulated the Marines and Lockheed Martin for a “job well done.”

“The Marine Corps announcement that the F-35B is ready to be deployed is a milestone for the defense of our country. With this plane now in their arsenal, Marine fighter pilots will have access to the most up to date equipment,” she said in a written statement.

“I am confident that with the F-35B, Marine fighter pilots will be able to meet any challenge that they face. Today’s landmark announcement is the culmination of nearly 15 years of hard work by men and women at Lockheed Martin. Congratulations on a job well done.”