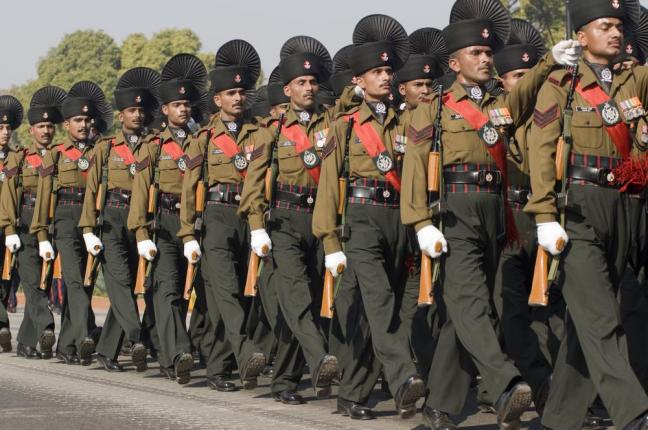 NEW DELHI, June 4 (UPI) — A mixed group of militants ambushed a convoy of India’s army on Thursday, killing at least 20 soldiers — the most casualties the army has suffered since 1999.

A convoy of the Indian Army’s Dogra Regiment team was performing a routine patrol mission when the soldiers were attacked on a road with an improvised explosive deviceand then with rocket-propelled grenades and automatic weapons.

It is the army’s worst loss off life since the Kargil War in 1999 when India battled paramilitary soldiers from Pakistan and militants from Kashmir.

The attack happened in the Chandel district of India’s northeast Manipur state near the country’s border with Myanmar. At least 16 soldiers were injured, some critically.

No group has claimed responsibility for the attack, but insurgency has been waged in Manipur for years by multiple militant groups.

The attack is an apparent retaliation for the death of a woman who soldiers are accused of killing on Monday. Stores and businesses closed throughout Manipur on Wednesday in protest of the killing.

Defense Minister of India Manohar Parrikar said “those who committed the cowardly act will be brought to book.”

Suspected groups of the attack include the United National Liberation Front (UNLF ) and the People’s Liberation Army of Manipur (PLA).

Both groups have been banned and deemed terrorist organizations by India. Manipur is a poorly-developed state where the populace feels neglected by the federal government.

Insurgent organizations seek to establish sovereign states for the people and political ideals they claim to represent. For example, the PLA wishes to establish an independent socialist state, while NSCN wish to establish a “Nagalim” state for Naga people of northeast India and Myanmar.