CAPE CANAVERAL, Fla., Aug. 10 (UPI) — The labs of ISS have hosted vegetables since 2002, but those early experiments were scientific in nature. The plants weren’t for eating.

Now, astronauts have grown a variety of edible fruits and vegetables using the growing system known as Veggie. The latest pickings are expected to be on the menu on Monday, August 10.

In 2014, the last time astronauts on the International Space Station blasted “seed pillows” with the light of red and blue LEDs, their Veggie produce was shipped back to Earth. There, it was tested to ensure safety.

Researchers say the closed-air environment of the space station can encourage contamination of diseased plants.

Researchers say the program is vital to planning for future deep space missions and an eventual manned mission to Mars. In addition to the positive nutritional and sustenance components, there are also the psychological effects.

“There is evidence that supports fresh foods, such as tomatoes, blueberries and red lettuce are a good source of antioxidants. Having fresh food like these available in space could have a positive impact on people’s moods and also could provide some protection against radiation in space,” Ray Wheeler, lead scientists for Advanced Life Support activities at Kennedy’s Exploration Research and Technology Programs Office,said in a press release.

“Besides having the ability to grow and eat fresh food in space, there also may be a psychological benefit,” Dr. Gioia Massa, the NASA payload scientist for Veggie, added. “The crew does get some fresh fruits or vegetables, such as carrots or apples, when a supply ship arrives at the space station. But the quantity is limited and must be consumed quickly.”

“The farther and longer humans go away from Earth, the greater the need to be able to grow plants for food, atmosphere recycling and psychological benefits,” Massa said. “I think that plant systems will become important components of any long-duration exploration scenario.” 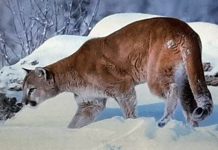 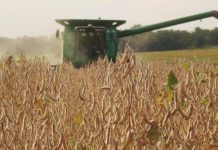 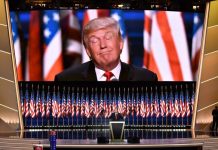 Trump said to be writing his own inaugural address