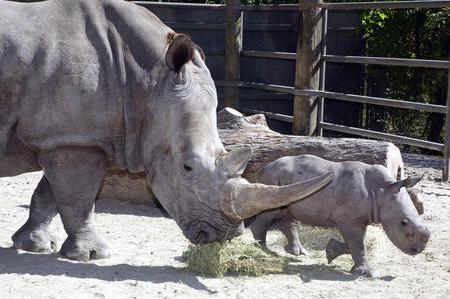 NAIROBI, Kenya, May 9 (UPI) — After three years of planning, the Kenya Wildlife Service opened a forensics and genetics laboratory to intensify its fight against poaching in the East African nation.

The lab will be used to gather informationto help in prosecuting suspected poachers and put a halt to the growing poaching problem. Kenya is the second country in Africa, behind South Africa, to launch such a lab. The government-run wildlife service said the Kenya lab will be used by all countries in east and central Africa.

The lab will house a team of 45 researchers who will begin by taking samples from wild animals to extract DNA. The lab will also be used for wildlife genetics research and disease diagnosis.

Acting KWS director-general William Kiprono said the laboratory will help link poachers to confiscated ivory and rhino horns, among other things. The information garnered from the lab will give prosecutors “concrete scientific evidence to collaborate their allegations that the product is from wildlife belonging to a particular species.”

In the last three years, some 100 rhinoceros have been poached in Kenya, causing wildlife experts to speculate ongoing poaching could wipe out the country’s rhino population. The illegal ivory trade is in such desire that a kilogram of ivory can fetch thousands of dollars, with much of the demand driven by the Asian market.

“Over the years, wildlife crime has become sophisticated and highly organized in nature hence the need to adopt technology to boost forensic investigations,” she said.