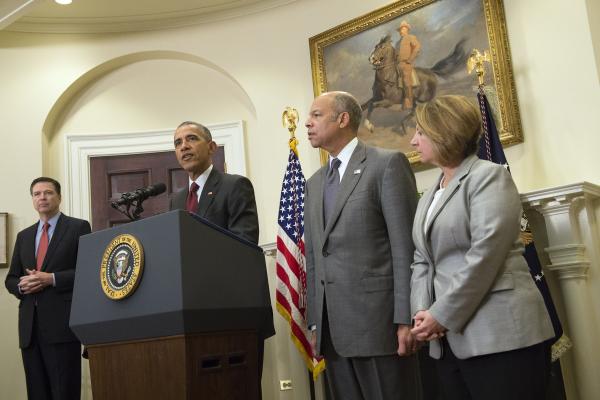 President Barack Obama arrives to deliver a statement on national security Wednesday at the White House in Washington, D.C. After meeting with his national security team, Obama said that there are no credible reports of a terror plot on the United States. Obama was joined, from left, by FBI Director James Comey, Homeland Security Secretary Jeh Johnson and Lisa Monaco, assistant to the president for Homeland Security and Counterterrorism. Photo by Kevin Dietsch/UPI 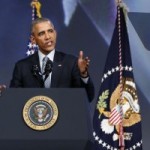 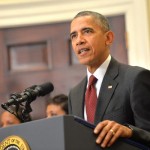