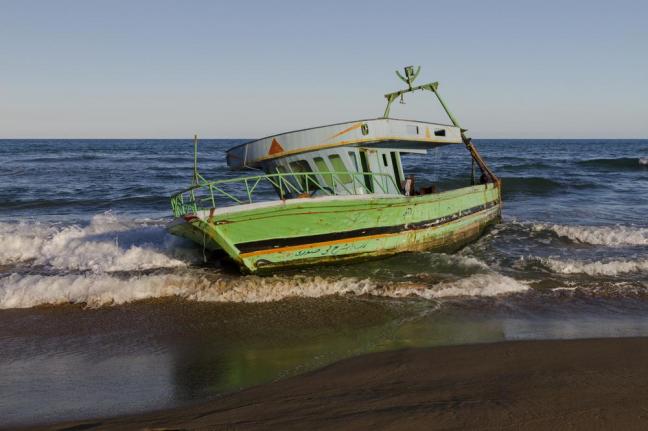 Malaysian Home Minister Ahmad Zahid Hamidi said on Sunday the bodies were found near the towns of Padang Besar and Wang Kelian in the state of Perlis near the country’s border with Thailand.

“With the cooperation of Thailand, we will find more and more,” Zahid told reporters.

More than 120,000 Rohingya Muslims are estimated to have fled from Myanmar, also known as Burma, where they face persecution. Immigrants from Bangladesh seek improved economic conditions.

Traffickers traditionally took the immigrants by sea to Thailand and then through land into Malaysia, but Thailand’s crackdown on the trade due to the discovery of graves and camps linked to human trafficking has led smugglers to using sea routes mostly.

More than 3,000 immigrants have reached Malaysia, Thailand and Indonesia.

Indonesia and Malaysia recently announced they will stop turning back boats and have agreed to offer temporary shelter to 7,000 immigrants stranded in the Andaman Sea.

“The towing and the shooing [away of boats] is not going to happen,” Malaysian Foreign Minister Anifah Aman said at a joint press conference with Indonesia’s Foreign Minister Retno Marsudi on Wednesday. “Indonesia and Malaysia agreed to continue to provide humanitarian assistance to those 7,000 irregular migrants still at sea.”