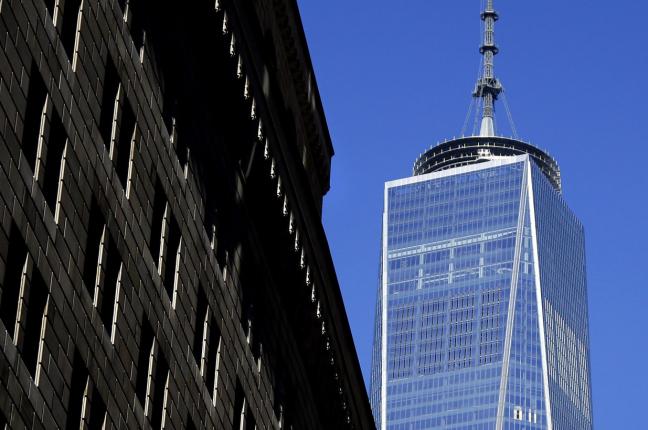 NEW YORK, May 28 (UPI) — More than 13 years after the original World Trade Center was destroyed, a shiny new tower stands in its place. But six months after its grand opening, the building remains more than a third unoccupied.

The 1,776-foot tower, called One World Trade Center, is the centerpiece of the new complex — some of which remains under development — and its observation deck isscheduled to open to the public Friday. But the office building is seeing a vastly different tenant than those of its predecessor.

Shortly before they were destroyed, the original towers boasted a 96 percent occupancy rate — most of which was rented by financial and real estate firms. In the new tower, though, the vast majority of tenants are firms in technology, advertising, media and information (TAMI) — a sector that comprised just 3 percent in the old towers.

Of the tower’s 63 percent of currently rented space, almost 70 percent of that is comprised of TAMI firms.

“In the tech community, they want to know all their employees find the property selected as a place they would want to work,” Tara Stacom, the head of leasing for One World Trade Center, said.

Part of the reason financial firms are staying away from the new tower, some analysts believe, is the ongoing impact of the 2008 financial crisis. Consequently, renters from that sector are no longer seeking new commercial office space in Manhattan, theFinancial Times reported.

“We haven’t really seen any major financial institutions make a play for the trade center, the way tech and publishing have,” Michael Cohen, president of the real estate company Colliers, said. “For big banks, staying put is the cheapest alternative, and [financial institutions] are all about cost control.”

Financial and banking firms occupied about half of the old World Trade Center. They were forced out after the Sept. 11, 2001, terror attacks, and many have opted not to return — even though rent in Lower Manhattan is typically $20 to $30 less per square foot than it is in Midtown Manhattan, which contains its own high-profile office towers like the Empire State and Chrysler buildings.

Further, One World Trade Center charges far more than market rate for its office space. In Lower Manhattan, the average rent is $55 per square foot. In the Trade Center, that rises to between $69 and $100 — as tenants pay more the higher their offices are located in the tower.

Nonetheless, rent must be higher in the “Freedom Tower” because the building cost nearly $4 billion to build — making it one of the most expensive skyscrapers ever constructed.

That’s part of the challenge faced by World Trade Center owner Larry Silverstein, who purchased the old complex a few months before it was destroyed.

Nearby, the Brookfield Place office complex is operating at full capacity — likely because rent prices there are 20 percent cheaper than at the World Trade Center.