SACRAMENTO, Aug. 24 (UPI) — Underwater explorers off the coast of California captured photos and video of a “shy” dumbo octopus hiding in its own tentacles.

The Exploration Vessel Nautilus, operated by the Ocean Exploration Trust, shared photos on Twitter and a video on YouTube of the dumbo octopus encountered during a dive off the central California coast.

The video shows the octopus, a jellyfish and a small shark before closing in for a close-up of the “shy” invertebrate hiding in its tentacles.

“Hello there, little fella,” one of the researchers says when the camera zooms in on the octopus.

The scientists discuss the cuteness of the dumbo octopus and note that its brain is wrapped around its esophagus.

“This is what scientists do when we’re really excited,” one of the researchers jokes. 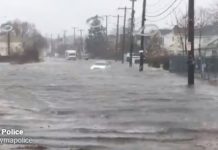 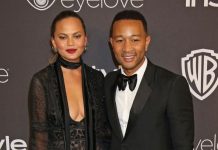 Chrissy Teigen says she had racist encounter with paparazzo